This recipe is the result of a happy accident. I tried to veganise a 'blondie' (aka caramel brownie) recipe, and it nearly ended in disaster.

It turns out that I should have read the recipe all the way through. I can hear my 7th grade Home Ec teacher reminding me to"first, read the recipe", and I will try my very best to remember this.

On the other hand, if I hadn't been so scatty and gung-ho, I wouldn't have ended up with this lush, vegan, caramel/fudge hybrid.

The problem was, I decided to substitute EVERYTHING in a standard recipe, and also didn't follow the instructions.  Which meant I had a panicked moment as the mixture split.

So to avoid any mixture splitting disasters, make sure you follow these key points:

The texture of these is a bit like a caramel fudge, a bit like a brownie. They're quite squishy, so if you want to give them to someone for Christmas (Which I'm fairly certain most people would gratefully recieve) make sure you layer them in between little squares of grease proof paper & keep them in a cool place. 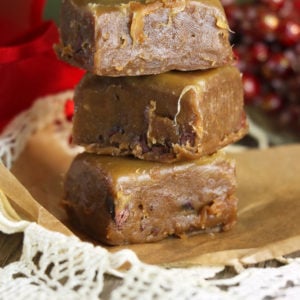